Version control also known as revision control or source control. Version control is a category of processes and tools designed to keep track of multiple different versions of software, content, documents, websites and other information in development.

Suppose you have html file. where you have a logo on the left side, but after some days you thought the logo has to to be on the right side, then you change it to right side.

After some days, you thought again that, the logo on the left side is preity good. Then you changed again the html file.

Your every changes is a new version of your html file.

There are various types of Version Control system such as:

Local Version Control System  : It’s common for a single user to implement his/her own version control system by copying files into a directory and renaming them, as shown in the opening example. Although a simple method, it’s easy for users to forget which directory they’re in or copy the wrong files. As a result, programmers developed local version control systems to track all file changes under revision control. 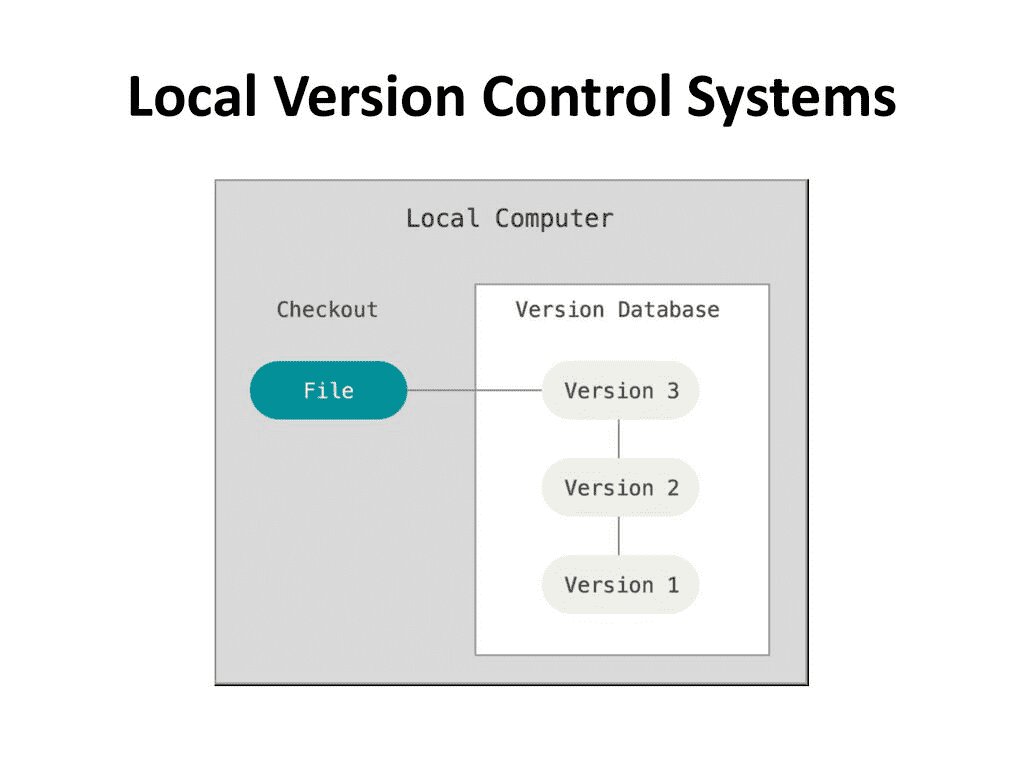 Centralized Version Control System  : In order to collaborate with developers in one system, programmers created a centralized version control system. This means all versions of a file reside on one server, and coders can access the server to view those files. This is the standard for version control. This allows programmers to work together, and clients are able to view the progress. With only one server, however, there’s always the risk of a malfunction which can affect everyone’s work. An example of this type of system would be Subversion. 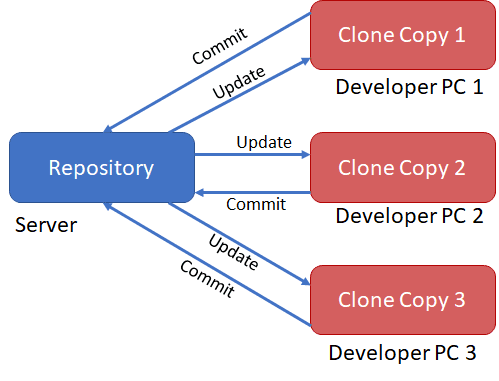 Distributed Version Control System  : Git is a popular distributed version control system that is free and open source. This system allows clients to mirror the entire repository and history to develop and maintain locally while also serving as a backup. This way, if any server malfunctions, the client can access the repositories to restore files. Not only that, distributed systems are easily portable. You can go anywhere with your laptop and have access to the code and full history of a project. You can merge your code when you’re done editing.

GIT : GIT is the Distributed Version Control System and it is released under GPL’s open source license so that it is available freely over the internet. And, For more information, Visit the Official website https://git-scm.com

SVN : Apache Subversion which is often abbreviated as SVN, is a software versioning and revision control system distributed under an open source license. It is also available freely over the internet. And, For more information, Visit the official website https://subversion.apache.org

Mercurial : Mercurial is another Distributed version control system which is licensed under GNU and it is open source and can be downloaded freely over the internet. And, For more information, Visit the official website https://www.mercurial-scm.org/

Concurrent Version System (CVS)  : Concurrent Versions System (CVS) is a program that lets a code developer save and retrieve different development versions of source code. It also lets a team of developers share control of different versions of files in a common repository of files. This kind of program is sometimes known as a version control system . CVS was created in the UNIX operating system environment and is available in both Free Software Foundation and commercial versions. It is a popular tool for programmers working on Linux and other UNIX-based systems.

Git is the most popular version control system. Git lets you store the entire history of a software project in a repository, and introduce changes to that repository in a controlled way, allowing coordination between many people without accidentally overwriting or corrupting files.

Git is a version control system. Starting with that, a VCS is a way of managing the source code for a software project. You have the regular folders and files thing going on, but all changes have to be "committed" and synchronized with other people. You can then go back in time to previous commits to get stuff that was deleted. It's like being able to ctrl-Z through the entire project.

Some Animation Libraries for front-end developers